The earliest known burial in Greenville was in 1846 when Nancy Loucks and her infant daughter were interred on the south bank of the Flat River near John Green’s first settlement. Their remains were later moved to the new village burial ground on the east side of Greenville. A few years later, still another location was established west of the village on the site now known as Veterans Park. This graveyard was used by area residents until the establishment of Forest Home Cemetery.
The founding of Forest Home Cemetery dates back to September 1871 when
Carpenter C. Merritt’s 3-year-old son, Vernie, succumbed to scarlet fever.
Mr. Merritt chose a burial site atop the highest hill of a tract of property
which he owned on the southern edge of town, overlooking three lakes.
Inspired by the parcel’s undulating terrain and beautiful vistas, he set out
on a tour of the eastern states’ most elegant cemeteries to gather ideas for
the development of his land. Upon his return, Mr. Merritt laid out burial
plots and created walkways and drives throughout the cemetery.   Forest Home Cemetery
is believed to be patterned after Mount Hope Cemetery in Rochester, New York.
Mr. Merritt promptly assumed the role of Cemetery Superintendent, selling cemetery lots and constantly upgrading the grounds with new trees and plantings. At one time, the cemetery even had its own nursery on the grounds.
In 1873, village officials announced, “The old cemetery will be closed, the donation of four acres of land in the new cemetery having been accepted from C.C. Merritt.” The 4-acre parcel was used to rebury the remains from the Old Cemetery which were being moved to the newly developed Forest Home. Over a period of 30 years, Mr. Merritt continued to improve and maintain the cemetery, creating a beautiful final resting place for the area’s deceased residents.
To be near the cemetery, Mr. Merritt built his home, “Lakeside” on a high bank
overlooking Manoka Lake and a portion of the cemetery grounds.  The home
was destroyed by fire in 1879, but was rebuilt and used as a summer residence
thereafter. Carpenter Merritt died on February 28, 1903, at the age of 63. At his
request, the Knights of Pythias rendered fraternal services, including providing
an honor guard at the Merritt home. And Mayor Fred Ranney requested a
suspension of business during the funeral services for one of Greenville’s
“oldest and most honorable citizens.”
For a number of years after Mr. Merritt’s death, his wife Lina carried on the undertaking business. But she was tragically killed on June 23, 1914, when the car driven by her daughter, Mildred, stalled on the railroad tracks at Hale’s crossing, just 1-1/2 miles north of Greenville. The Merritt home at the front of the Cemetery was destroyed by a second fire of unknown origin on December 7, 1914. The home had been unoccupied for some time, but contained a large amount of furniture and valuable paintings of the late Mrs. Merritt.
The City of Greenville acquired the Cemetery in 1917 for a purchase price of $3,000. In 1922, the community mausoleum was built on the site of the old Merritt home. The cemetery has continued to be owned by the City, and 2017 marked its 100-year anniversary as a municipal cemetery.
Friends of Forest Home Cemetery, Inc. 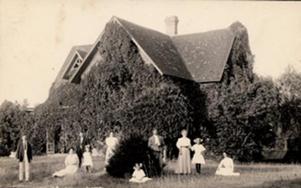 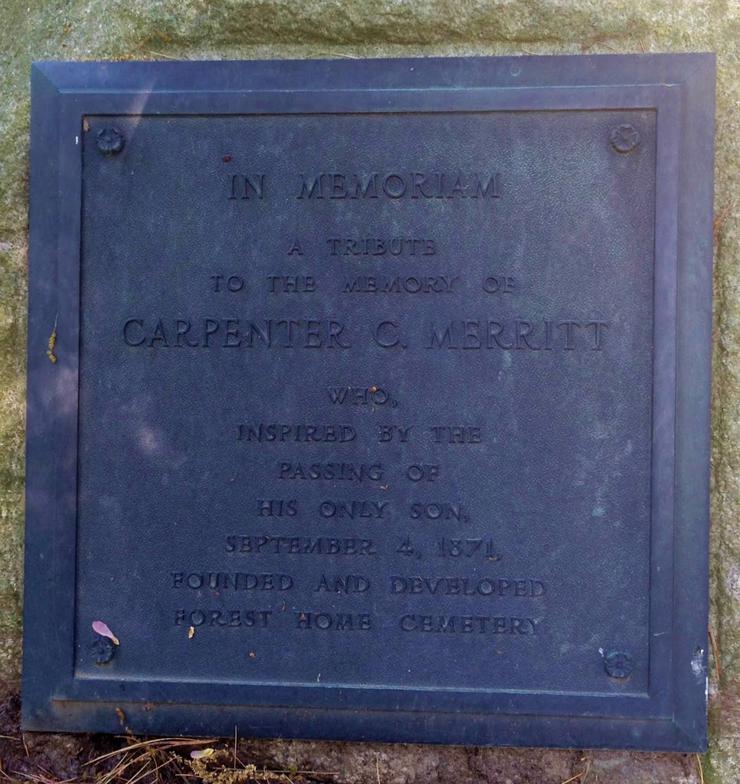